CCB’S MEET AMBASSADORS: A DAY TO LEARN AND GET INSPIRED 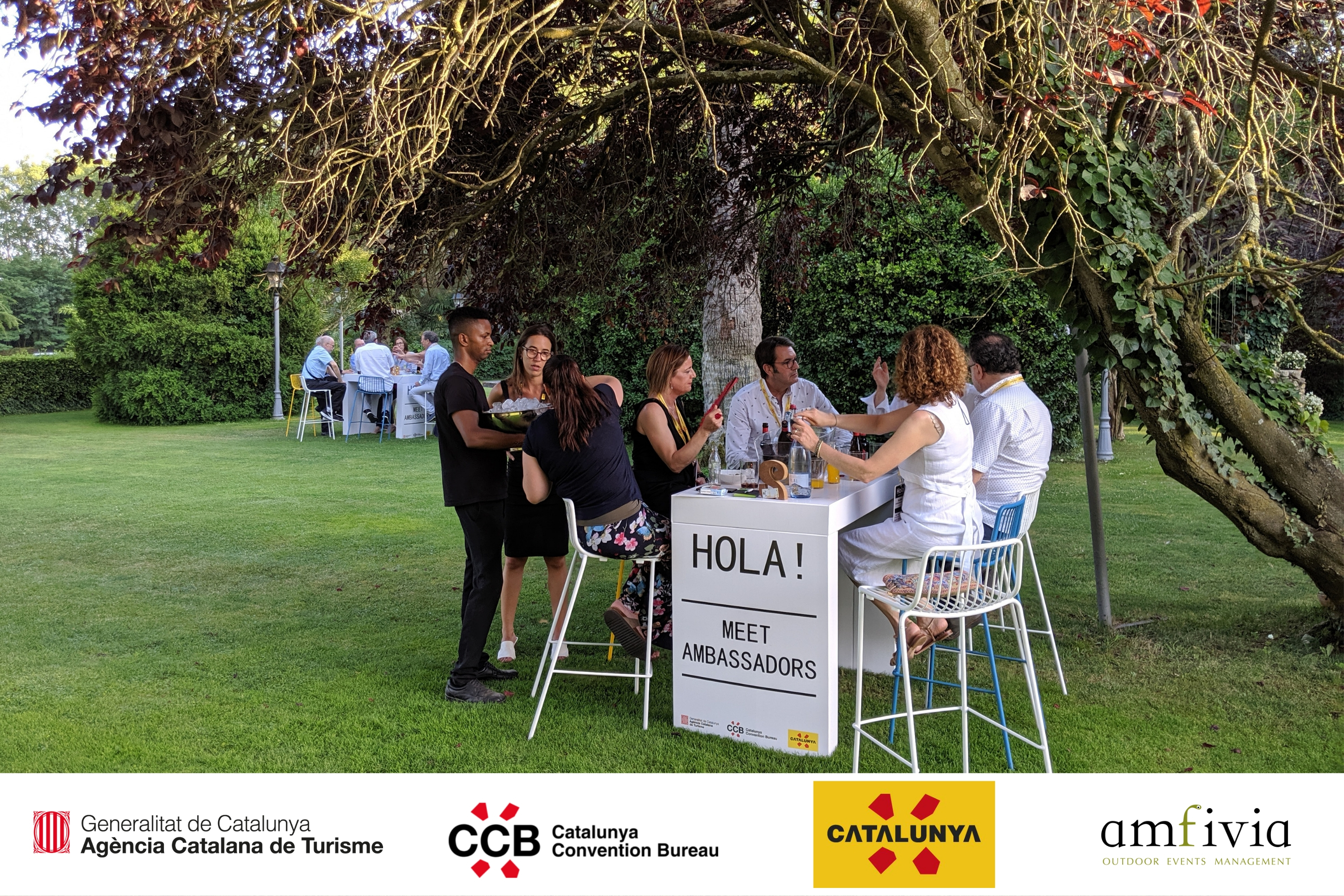 Ambassadors is a program aimed at supporting professionals recognized in their different fields and their organisations in Catalonia in order to create new business opportunities and generate know-how in the territory. The final goal is to attract professional events, conferences, conventions and meetings in Catalonia.

Together with the Catalunya Convention Bureau (CCB), the creator and impetus behind this program, Amfivia co-created the first Ambassadors meeting in Mas Marroch, the venue of the star chefs and also Ambassadors, the Roca brothers. The Meet Ambassadors concept was designed to give Ambassadors and the Convention Bureaus in Catalonia the necessary time and space to know each other, boost productive conversations and explore possible ways of collaboration and development.

Sònia Serracarbassa, Director of the Catalan Convention Bureau, and David Font, General Director of the Agència Catalana de Turisme, warmly welcomed the guests to the first networking event of the Program. Afterwards, the representatives of the Convention Bureaus of Barcelona, Girona, Lleida i Tarragona gave an insight on venues and opportunities of their territories. Two inspiring talks followed: Joan Roca, voted best chef of the world in 2017 and 2019 and owner of El Celler de Can Roca, with three Michelin stars, talked about the leading role of Catalonia in the field of gastronomy and the importance of assuming this privilege as a responsibility. He was followed by Xavier Ferràs, reference in the field of innovation, who gave the assistants an insight on the future of developing technologies. After the talks, Amfivia gave a short brief on the dynamics of the networking session.

After one hour of learnings and stimulating talks, the networking started! Guests were invited to follow an itinerary across different round tables located in the beautiful gardens of Mas Marroch. Each one was invited to make an elevator pitch about himself and his work in order to find, afterwards, possible synergies and connections with the rest of the participants in the table. Refreshments, beers and snacks were served on each table and helped to create a relaxed atmosphere.

After the three intense and productive networking rounds, Àngels Chacón, Catalan Counselor for Business and Knowledge, thanked all guests for their presence and good work on promoting Catalonia as a hub for the MICE business. With the sundown, guests were invited to a delicious cocktail dinner, created by Joan Roca, that delighted the senses of all guests and gave them more time to talk about possible collaborations. We hope this will be the first of many Meet Ambassadors: it was a real pleasure and a great learning opportunity for us to have the chance of being a part of it! 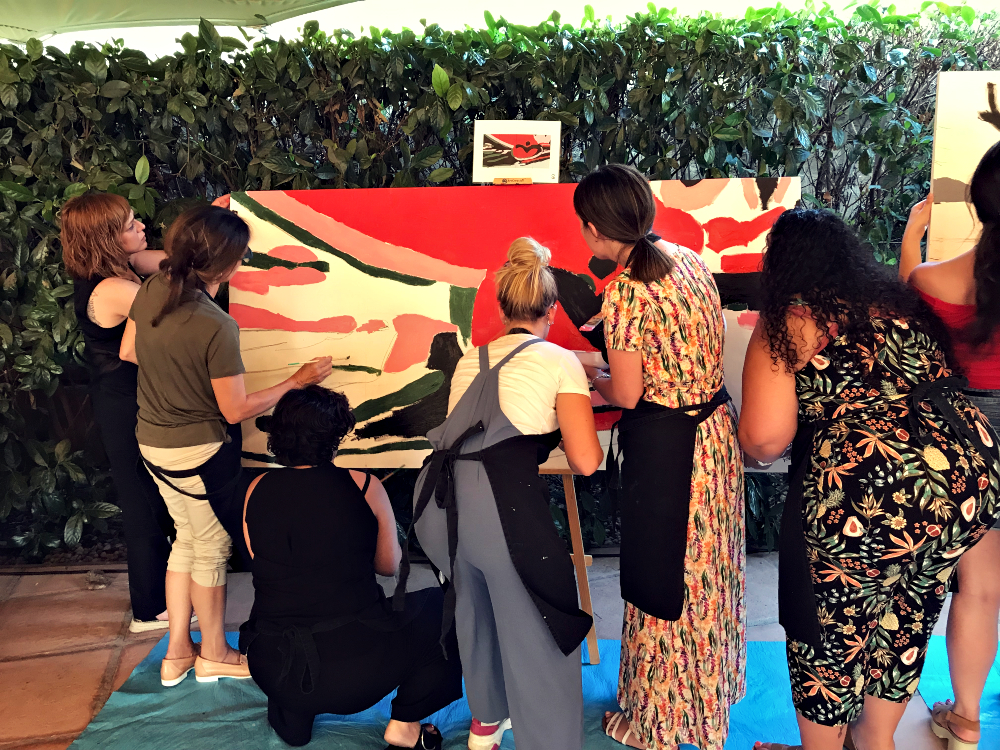 COLOURFUL PAINT AND A HUGE CHALLENGE: TO REPRODUCE A MASTERPIECE

COLOURFUL PAINT AND A HUGE CHALLENGE: TO REPRODUCE A MASTERPIECE