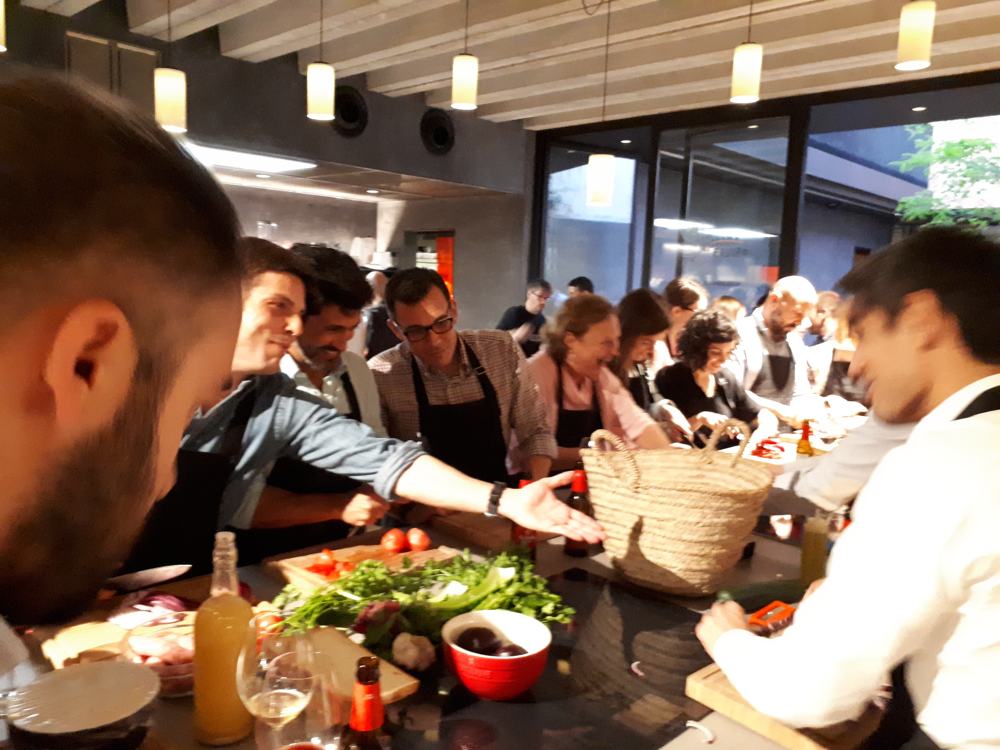 This time we had the pleasure to organize one of our culinary team building activities: War of stoves! In this case our client was from the pharmaceutical sector and the purpose of this Team Building experience was the launch of a new medicament against migraine. An important aspect of migraines is the fact that food has huge influence. The 68 participants were divided into groups and each one had to face the challenge to create an entire menu with ingredients which they bought by themselves in the market.

This fun activity had to be undertaken in a certain period of time. While the participants were cooking and exploring their culinary abilities, the organization was giving them some challenges such as facing the symptoms of migraine. This was done by some glasses which were restricting their view and also by some helmets that made them loose the balance. In the end the participants could enjoy their self cooked dinner. A fun teambuilding activity with not only an unusual way in the making but also a delight for the palate! 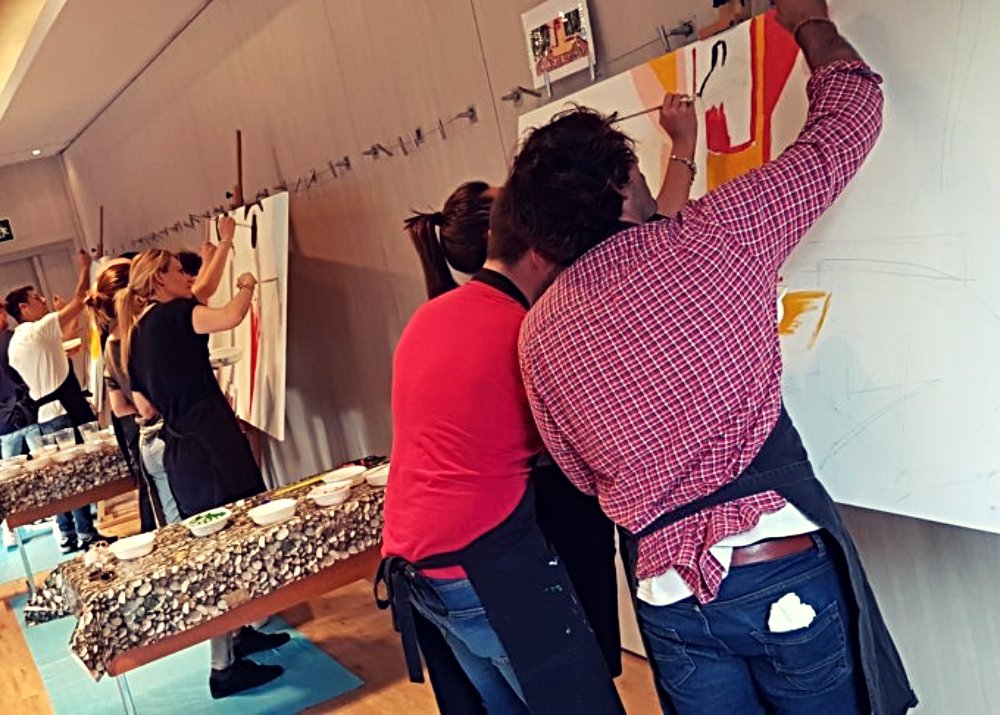 ART CONNECTION: READY FOR BEING PICASSO?

ART CONNECTION: READY FOR BEING PICASSO?