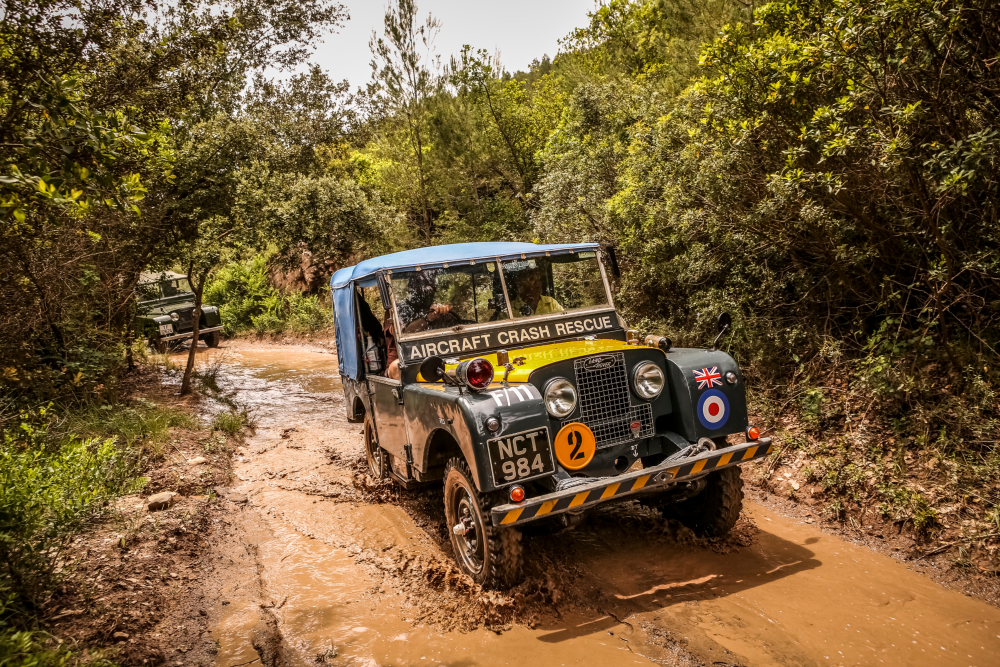 [vc_row type=”in_container” scene_position=”center” text_color=”dark” text_align=”left” top_padding=”40″ overlay_strength=”0.3″][vc_column column_padding=”no-extra-padding” column_padding_position=”all” background_color_opacity=”1″ background_hover_color_opacity=”1″ width=”2/3″][vc_gallery type=”nectarslider_style” images=”13003,13004,13005,13006,13002″ bullet_navigation_style=”see_through” onclick=”link_no”][vc_column_text]It’s always great to have a common interest with someone close to you like your Dad. In my case it’s classic cars in general and Land Rovers more specifically. He currently runs a 1951 Series 1 and I have a 1966 Series 2a.

I recently had the pleasure of crossing Northern Spain from Bilbao to Barcelona with my father and six other hardy souls who thought it would be a great idea to drive 65 to 70-year-old Land Rovers at no more than 45mph over the course of three days from the Atlantic to the Mediterranean coast. The Land Rover community is a pleasantly close-knit bunch with clubs all over the world catering for all models and interests and this group more than proved that point.

With the excuse of Land Rover’s 70th year anniversary to celebrate, we were retracing the steps of Tim Dines’ Land Rover no.3, also present, which was originally on show at the World Trade Fair in Barcelona in 1948.

What is it about shared experiences that brings out the best in people? A common goal where the ‘how’ is just as important as attaining that goal. The experience, the camaraderie, overcoming setbacks; as you can probably imagine not all the Land Rover’s wanted to play ball all the time! Then there was the chance for the UK contingent to meet the Catalans along with their Series 1’s. It really was quite a collection on display.

I’ve been living in Barcelona for 21 years now and with my father in the UK I don’t get to see him as much as I would like. Road trips are a great way of cramming in some quality time although as anyone who has ever been in an old Land Rover will know, conversation is limited to shouting as road noise makes talking quite challenging….

A whole life on four wheels

My interest in Land Rovers goes back to when I was 17 learning to drive and my first car was, yes, you’ve guessed, a Land Rover. It sticks with you and the interest grows, especially when you have friends and family who feel the same.

There are differences of opinion of course, Dad is all for the ‘showroom as they left the factory’ look whereas I prefer the worn-in patina ‘wear your battle scars with pride’ look. We agree to differ, which is not a bad lesson I suppose.

I’m already looking forward to the next Land Rover adventure, whenever that might be! 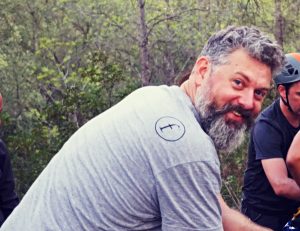 Former English teacher and 4×4 mechanic, Nick was born in the UK. Since 2005, he is Amfivia’s sales director. His workplace is packed with pictures of Land Rover’s in all possible editions plus a sweet picture of his lovely little daughter Patricia. At work, he likes listening loud old-school music and once the day is over, no better plan for him than a cold beer with some friends. In this article, he writes about the summer journey he shared with his beloved Dad behind the wheels of a classic Land Rover: a dream come true!